Something's Cooking in the Kitchen

"Hope you like spicy!" he called from the kitchen as I let myself. 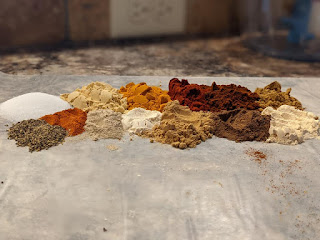 He made me this meal after we had been dating for awhile. He liked to cook and was good at it. (Probably because he's a "follow the directions" kind of guy). Many of our dates centered around cooking in the kitchen.

He poured a glass of white wine as I watched him finish up. "The real treat of this meal is the sauce. You just dip crusty bread in it. It's sooo good." 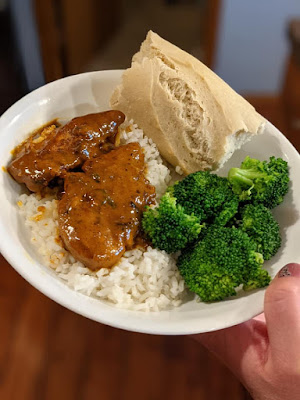 Chicken Dippin' is his signature meal. It comes from a cook book our brother-in-law has since gifted us. We make it twice a year. My birthday and Valentine's Day. We make it together, even though he is perfectly capable of fixing this dish on his own. There's just something that brings us back to those dating years when we're in the kitchen together. It doesn't happen as often as we would like, but when it does, we always have a good time.

I give him a hard time about following everything little detail of the recipe...

"you can just eyeball it you know..."

Followed by, "seeee this is why we follow the recipe."

And usually ending with him mentioning how much he loves cooking dinner with me. I just love hearing that. Not because I need the help, but because its our quality time together. We laugh, reminisce, plan for the future, and dream. The kitchen is a big part of who we are. We have seen our roles go from dating, to engaged, to married, to married 10 years with four kiddos. The kitchen has been a part of each of those stages. The food we make, the laughs, the yells of "I'm cooking...can you change the diaper?" Cooking has been through it all.

And when we think of the future stages of parenthood we know that the time we'll get to spend together will grow as our kids fill their schedules with new friends and hobbies that don't involve us. One of the things we look forward to is getting to spend more time around the cookbook and stovetop. Something's always going to be cooking in the kitchen at Weber Haus. 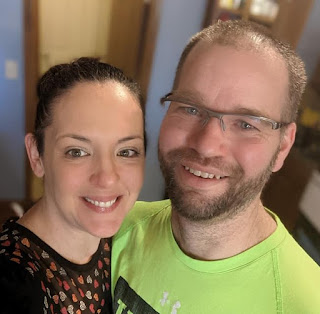